Since South Korea and the United States became the first countries to commercially launch fifth generation (5G) mobile wireless networks in 2019, researchers have been engaged in a fierce competition to develop viable technologies for 6G networks. Shinya Sugiura, Associate Professor of the Institute of Industrial Science at the University of Tokyo (UTokyo-IIS), says his mission is to formulate concepts - backed up with mathematical formulae and simulations - for element technologies for mobile communication that he hopes will prove revolutionary in the decades ahead. 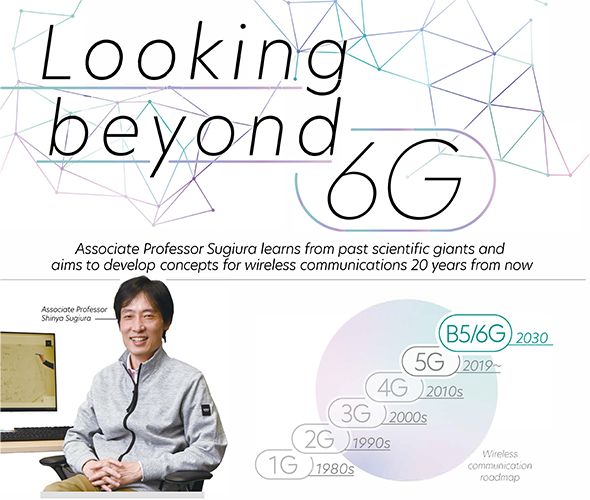 Associate Professor Shinya Sugiura learned the importance of publishing academic papers in the early 2000s when he began conducting researching into wireless networks for intelligent transportation systems (ITS) at a leading international automaker's research institute. This was reinforced after the company dispatched him to Britain's University of Southampton for a doctoral program.

"I'd like to produce academic achievements, because I believe scholars are evaluated by papers they write," Sugiura said in explaining his research stance. "It is difficult to talk about myself in an objective way, but I believe the sheer number of papers I had produced was a decisive factor when UTokyo hired me." Sugiura joined the UTokyo IIS in 2018 after a five-year stint at the Tokyo University of Agriculture and Technology.

Sugiura is unwavering as he conducts wireless research with the aim of providing an impetus for future wireless technologies. Currently, both the academic and business worlds are looking for promising technologies for development as part of new 6G networks, which are expected to have a performance level at least 10 times higher than 5G networks by around 2030.

"My mission is to produce ideas and preferably obtain patents for them so that they can be used for the 6G and beyond," Sugiura said. Asked about what kind of a world we can expect in a couple of decades, he cited complete autonomous driving as an example. "Further advancement in wireless technologies is essential if the world wants to see the fruition of autonomous driving technologies - meaning a world without accidents and with a smooth flow of traffic," he said. "It is probably impossible to have flawless autonomous driving unless vehicles are connected to a wireless network that allow the exchange of data about their position, speed and destination with other cars without delays."

Learning from past scientific giants essential

Sugiura places importance on learning from past scientists, who made breakthroughs in research into wireless communication, and then thinking about how to translate their concepts into reality.

"I can find ideas for wireless communications in past work because the mathematical foundations are unchanged - this is a very interesting part of my research," Sugiura said. "Such ideas were not used in practical applications due to technological limitations, but it is now possible due to advances in relevant technologies. Learning about past work in detail is also essential, because it allows us to think of ways to solve problems we encounter, while developing concepts to realize theories that have been proposed in the past."

For example, Sugiura is working on the theory of physical layer security, which can be traced back to the 1970s in the United States, to make it applicable in the real world. The pioneering work was done by Aaron Wyner, an American information theorist at Bell Laboratories, but it has never been put to practical use.

In Wyner's model, "Alice" is connected to "Bob" over a noisy channel that is eavesdropped by "Eve." Communication between Alice and Bob can be made secure if the channel capacity is greater than that between Alice and Eve. Physical layer security has gained much attention in recent years because it can provide a model for passive wiretapping in wireless communications.

By studying Wyner's model in depth, Sugiura came up with a way of controlling the transmission environment via channel-aware adoptive coding and signaling through relay nodes. But that's where his work stops. He leaves it to others to conduct demonstrations to find out whether his concept is viable in the real world. 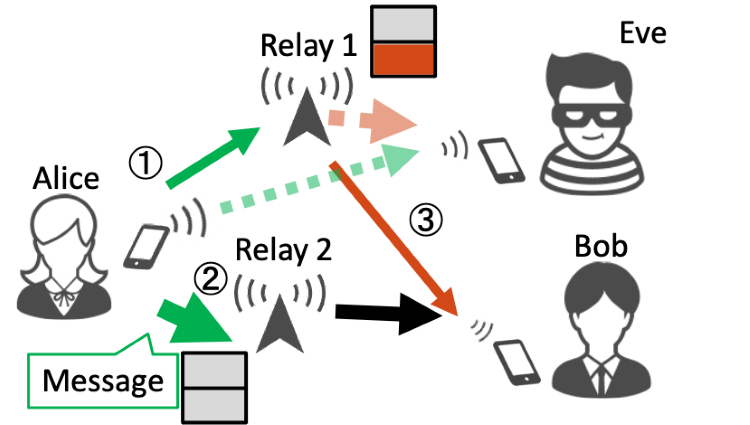 In addition to reading past papers, Sugiura gathers information from his peers, including his colleagues at Southampton, who are now spread around the world. "Discussing current topics with them is a very important aspect of information gathering," Sugiura said.

It was through this network that he learned about Intelligent Reflecting Surface (IRS), which enables the control of a wireless propagation environment, before the technology came under the spotlight as a promising technology for boosting the spectrum and energy efficiency of future wireless communication systems. The concept, a candidate to be included in 6G wireless networks, is to design to create a Smart Radio Environment with the help of "intelligent" radio-reflecting boards and replace the current wireless communication system, whose environment cannot be changed. Sugiura also came up with a way of applying IRS to physical layer security. 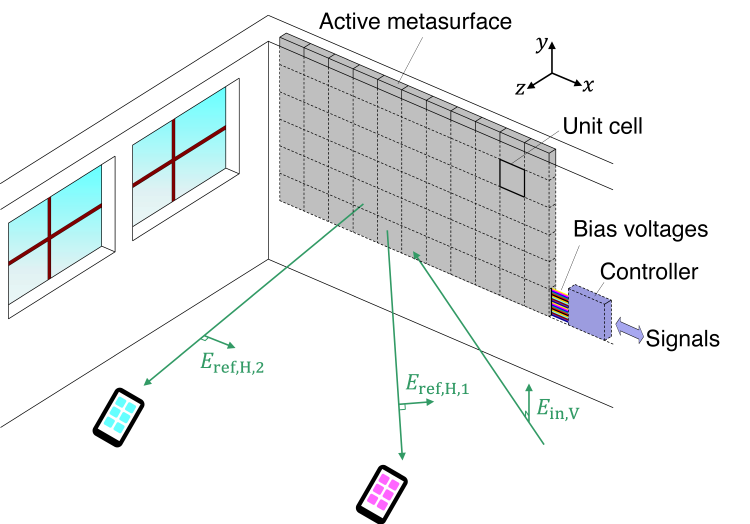 After collecting information with the goal of solving security or other issues involved in wireless communication, Sugiura spends time trying to come up with ideas. He often gets inspired while taking a walk or soaking in the bath. Then he discusses the idea with his fellow researchers and students, while writing down mathematical formulas on a white board - again and again. If it succeeds in formulating a theory, the Sugiura Lab conducts simulations to verify the theory and publishes an academic article.

So far, the Sugiura Lab has produced 90 articles, attended 36 international conferences and filed 22 patent applications. Members of the lab have received 13 prizes. In December 2021, Sugiura's achievements in theorizing a method to efficiently use a large number of transmit antennas with much less energy earned him the prestigious Japan Society for the Promotion of Science Prize.

"I will be happy if the technologies I developed or helped develop are adopted in 6G or 7G systems," Sugiura said. "But I am not the type of person who is suited for being involved in the process of deciding which technologies will be adopted in the next generation of systems, because it is a very political process. My goal may seem like a small one, but I aim to produce research results that will have major spillover effects in the future and to write papers that will be cited in other research that produce revolutionary results."