The computational speed of the supercomputers in the "Fugaku" era is 50 times to 100 times faster than that in the "K" era. On the other hand, supercomputer simulations boosted by data-science approaches such as data assimilation technique or design optimization technique are quite promising.

The members in CISS, which has started its third-term activities in April, 2018, are researching into developing innovative simulation methodology that combine data-science technique and HPC (High Performance Computing). CISS is also promoting the government-funded research project aimed at accelerating creation of achievements with "Fugaku" as one of the representative institutes. 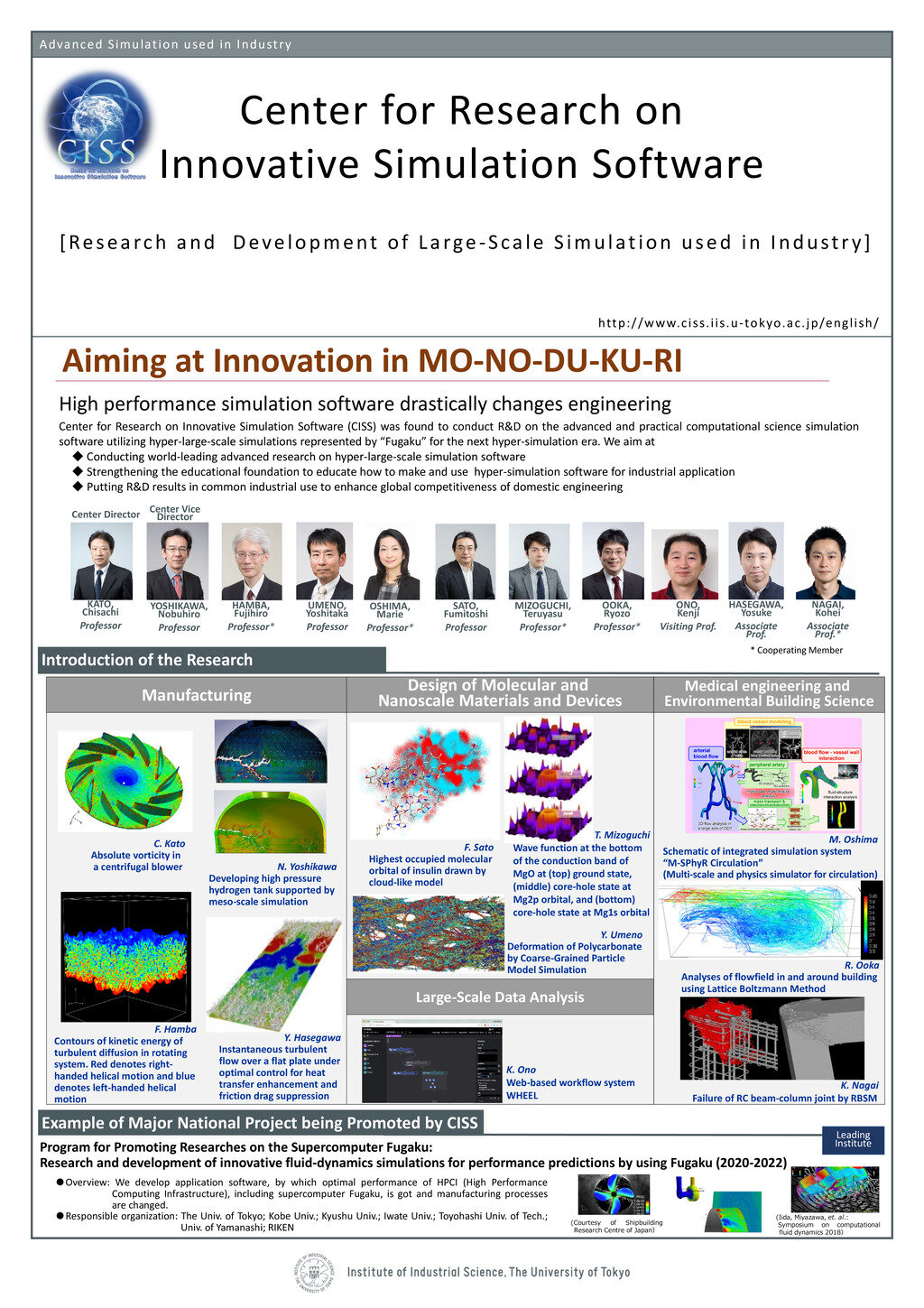