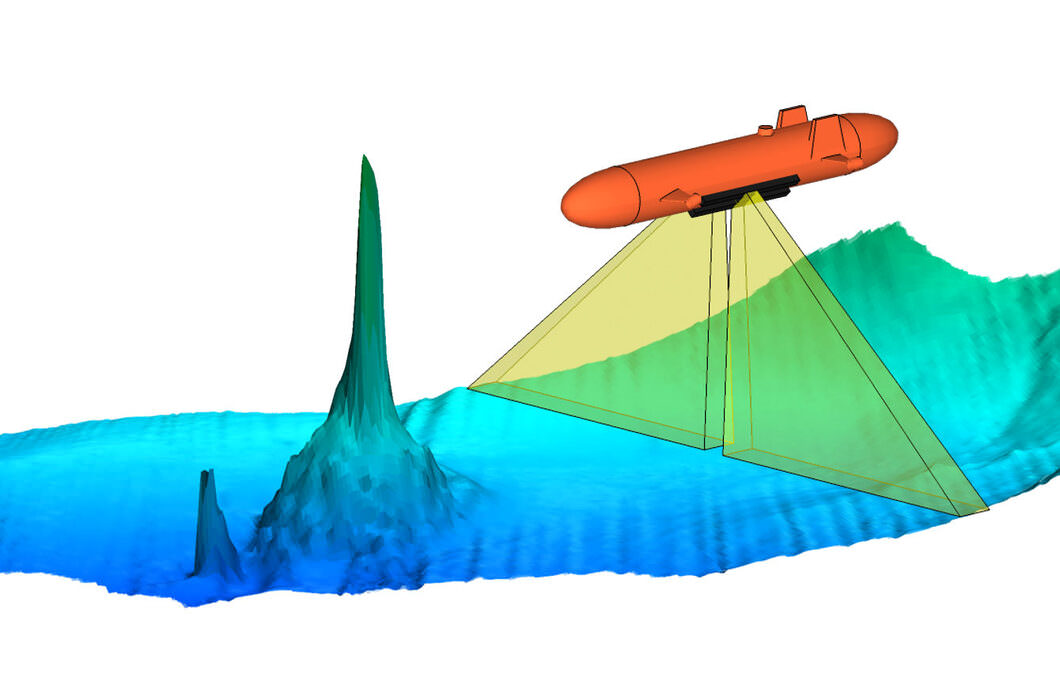 A group of researchers led by Professor Asada and Project Professor Iizasa discovered massive sulfide deposits in the Higashi-Aogashima knoll caldera situated 12 km off the east of Aogashima Island in the Izu Island chain. The fragments of sulfide and barite which reflects hydrothermal activity wereconfirmed from the seafloor sediment sampled in 2013. Based on the results, three-dimensional acoustic image of the seafloor was captured using autonomous underwater vehicle "Urashima" in June 2015 and three candidate sites for hydrothermal deposits were extracted by the texture analysis inthe acoustic image. In addition, seafloor sediments were sampled by a gravity core in July 2015 from sulfide mound at around 760 m water depth at the southeast foot of central cone, the mound-like seafloor at the west side from the mound, and the ridge-like mound at the southeast slope of thecaldera. The core samples included massive sulfide fragments and barite. The massive sulfides chiefly composed of aggregates of sphalerite were associated with chalcopyrite, pyrite, and galena.