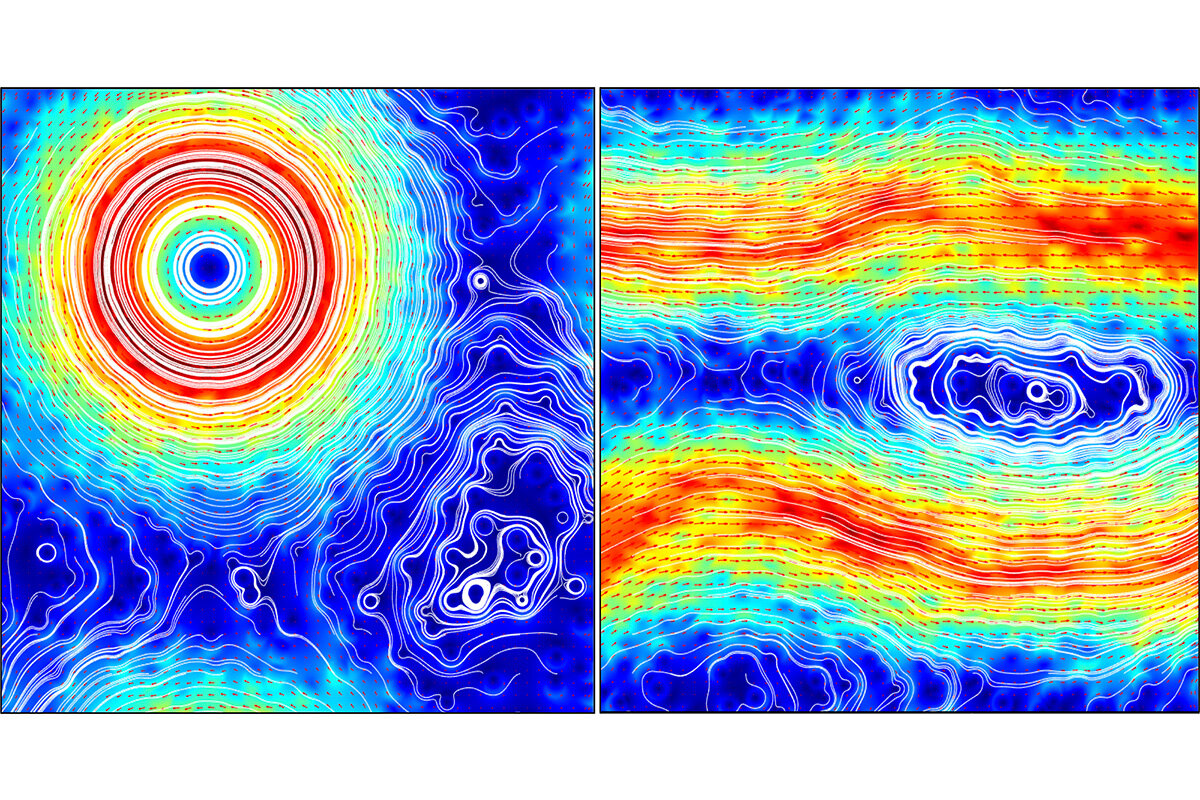 As anyone who drinks their coffee with milk knows, it's much easier to mix liquids together than to separate them. In fact, the second law of thermodynamics would seem to dictate that a mixture would never be able to separate again if there are no attractive forces between similar particles. However, investigators from the Institute of Industrial Science at The University of Tokyo showed the mechanism by which a mixture of actively spinning particles, such as bacteria, in a fluid can sort themselves in a process called phase separation even without attractions between particles.

In a study published recently in Communications Physics, researchers from the Institute of Industrial Science at The University of Tokyo have shown that the demixing behavior of two groups of discs rotating in opposite directions,induced only through self-generated flow, can be explained by turbulent effects.

Sometimes mixed liquids can spontaneously "unmix", in a process of phase separation, such as oil and water. While systems without external energy input have been studied for a long time, the situation with so-called active matter in which particles expend energy to move autonomously, like bacteria or algae, remains poorly understood.

Now, a team of researchers from The University of Tokyo created a computer simulation of a mixture of discs rotating in opposite directions in a fluid to elucidate this phenomenon. The active motion of bacteria or other living organisms in a straight line that leads to a mixture spontaneously separating is already known as "motility-induced phase separation." However, active motion can include rotation as well as translation, but the organization of self-spinning particles has been studied much less.

"Active matter serves as a bridge between biological and physical worlds when considering the laws of self-organization," says the first author of the study, Bhadra Hrishikesh. The researchers found that in the case of self-spinning particles, phase separation creates the largest structure directly from a chaotic state. This is in contrast with ordinary phase separation, in which phase-separated domains grow gradually over time, as we see in salad dressing.

"It was known that a mixture of oppositely rotating disks can undergo phase separation even without a fluid. We were interested in comparing our system--in which the only interactions between particles are carried by the fluid--with a similar driven system without these interactions," says Hajime Tanaka, senior author.

The investigators found that the sudden phase separation of the discs into regions of clockwise and counterclockwise collections is due to nonlinear turbulent effects. This research may lead to a better understanding of the motion of living organisms and thereby, spontaneous organization of living systems.

The article "Phase separation of rotor mixtures without domain coarsening driven by two-dimensional turbulence" was published in Communications Physics at DOI:10.1038/s42005-022-01116-6.