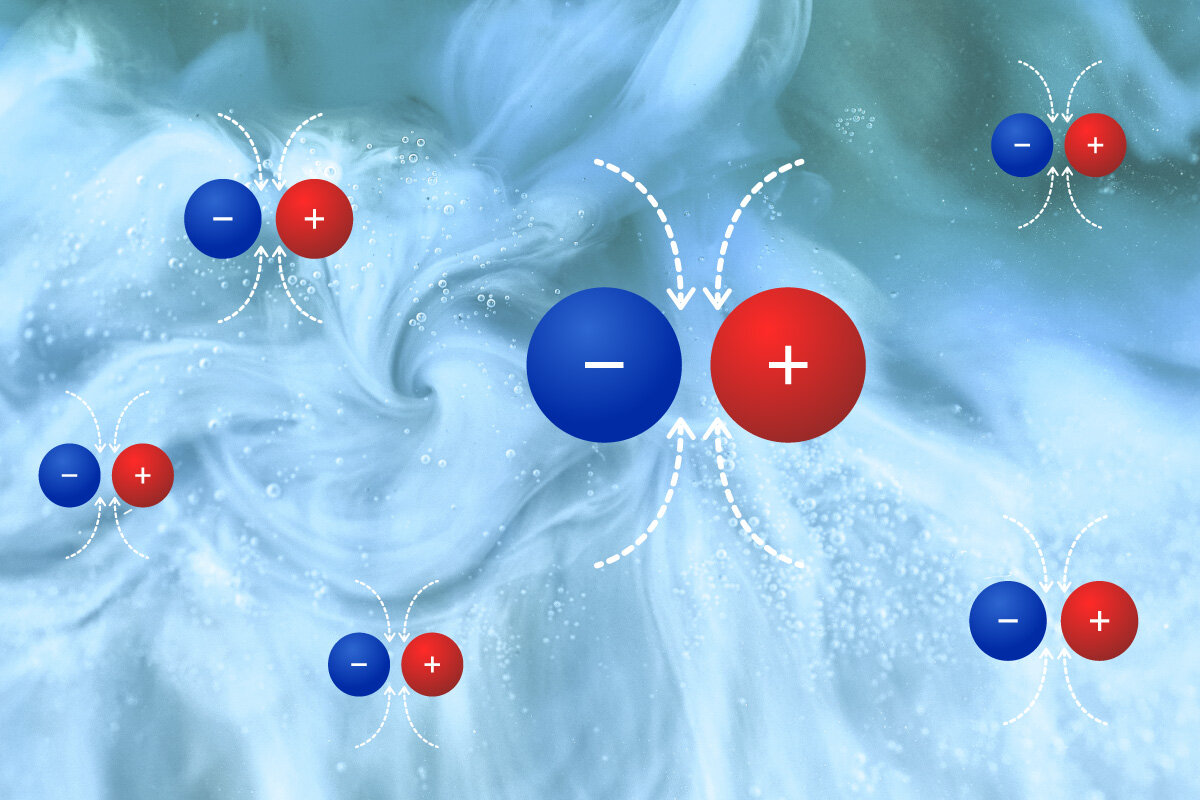 Investigators from the Institute of Industrial Science at The University of Tokyo added the influence of hydrodynamics, which includes the flow and compressibility properties of water, to computer simulations of suspended charged particles in an electric field. They found that this greatly improved the predictions of the final structures compared with conventional computational models. This work may help explain how hydrodynamic interactions impact the self-organization of particles suspended in a solution, including in biological systems like cells.

Brownian dynamics (BD) simulations, in which a computer predicts the motion of randomly diffusing particles based on the forces they exert on each other, have greatly improved our understanding of how material can self-assemble out of smaller parts. However, for the sake of keeping the computational cost manageable, the calculations must usually be simplified. Unfortunately, these approximations sometimes give rise to misleading results.

Now, a team of researchers at The University of Tokyo has demonstrated that simplifying calculations by neglecting the effects of the water hydrodynamics for particles in an aqueous solvent can give rise to inaccurate results. In particular, they show that if the particles are charged and experiencing an external electric field, the final arrangement of self-assembled structures depends on the ability of the solvent water to flow. This is an example of a colloid, a type of mixture in which insoluble particles are suspended in a liquid. This system can assume a semisolid gel state if the particles aggregate to form tendrils that span the entire volume of the sample. "Colloidal self-assembly is a promising bottom-up strategy to create higher-order structures from the elementary building blocks," says first author Jiaxing Yuan.

The importance of accounting for hydrodynamics can be explained by the fact
that the solvent must flow into the gap between the particles to allow them to separate. The team termed this effect the "inverse squeezing flow" effect because it is the opposite of the squeezing out of the solvent that occurs during colloidal aggregation. The result is that the colloidal particles actually form clusters with branching tendrils which can form a gel. Conversely, simple BD simulations incorrectly predicted that bundle-like linear aggregates of linear chains would be formed. "Our findings indicate that including hydrodynamics allows us to better predict the pathway of self-assembly, which may lead to the production of soft materials with properties, such as gel stiffness, that can be controlled with an external electric field," explains senior author, Hajime Tanaka. This work may lead to the development of smart materials that respond to external conditions, either during manufacturing or in response to changing environments, such as a soft gel that hardens when desired.

The work is published in Physical Review Letters as "Impact of inverse squeezing flow on the self-assembly of oppositely charged colloidal particles under electric field"
(DOI:10.1103/PhysRevLett.129.248001)