In the marshland of Japan's Oze National Park, keeping track of the deer population has been a difficult and time-consuming task for the park rangers. Now their lives could get much easier, thanks to a novel technique for tracking deer movements using unmanned listening devices developed by researchers at the Institute of Industrial Science, a part of The University of Tokyo.

Monitoring deer numbers is important in Oze and other national parks in Japan because deer are not native to the ecosystem and can have damaging effects on it. Current methods of monitoring deer populations range from traditional techniques such as counting droppings to photographing deer at night using automated cameras or from above during the day using unmanned aerial vehicles (UAVs). Each of these methods has its drawbacks and limitations--for example, the thick forest cover in some parts of the national park makes it difficult to see the deer from above using UAVs.

"The problem with using recording devices to estimate the size of deer populations in the past was that it was difficult to avoid counting the same deer multiple times--by setting up a grid of listening stations, we are able to triangulate the position of each deer with precision and track its movements," says Tadanobu Okumura, one of the researchers who developed the technology.

The researchers built a prototype listening station which is powered by solar panels and automatically synchronizes its internal clock with a GPS satellite. As the recordings from each of the stations are synchronized, the lag in the time it takes the sound of a deer to reach the recording station can be used to determine its location with precision using a triangulation technique.

"When we tested our prototype in an experimental setting in the playground of The University of Tokyo, we were able to pinpoint the location of a sound within five meters. In a second trial under more realistic conditions in the marshland at Oze National Park, it was possible to locate a sound to within about fifteen meters," explains Kazuo Oki, who also worked on the project. During a two-hour trial in Oze, the system picked up 72 distinct deer calls.

This prototype is a first step toward building a system that can be installed in the wild and monitored remotely. In the muddy wetlands of Oze, this could make the task of counting deer a lot easier.

The article, "Detecting and tracking deer positions using sound recordings" is being prepared for publication. 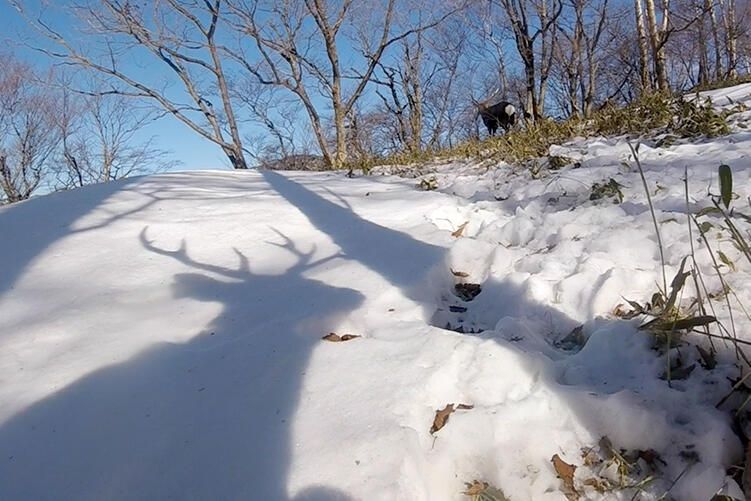