The sensor is a specially designed organic thin-film transistor based on semiconducting molecules of carboxylate-functionalized polythiophene (P3CPT). What's special about this particular device is that, unlike other conjugated polymer-based sensors, this one is a solid-state device that can conduct an electric current when placed inside a fluid.

The device, designed by Tsuyoshi Minami of The University of Tokyo's Institute of Industrial Science and colleagues, works by adding copper ions, which bind to the P3CPT molecules. When the device is placed in water that contains even the smallest amount of the herbicide glyphosate, the copper ions leave the P3CPT molecules to attach to the glyphosate molecules. This causes a detectable reduction in the flow of electric current through the device. Glyphosate is a commonly used weed killer in agriculture, and there are concerns that its presence in drinking water can be harmful to human health.

"Our device could be a novel solid-state platform for sensing target molecules in aqueous media," says Minami. The researchers are currently working on further developing their polythiophene-based sensors.

The article, "A water-gated organic thin-film transistor for glyphosate detection: A comparative study with fluorescence sensing," was published in Chemistry-A European Journal at DOI: 10.1002/chem.202003529 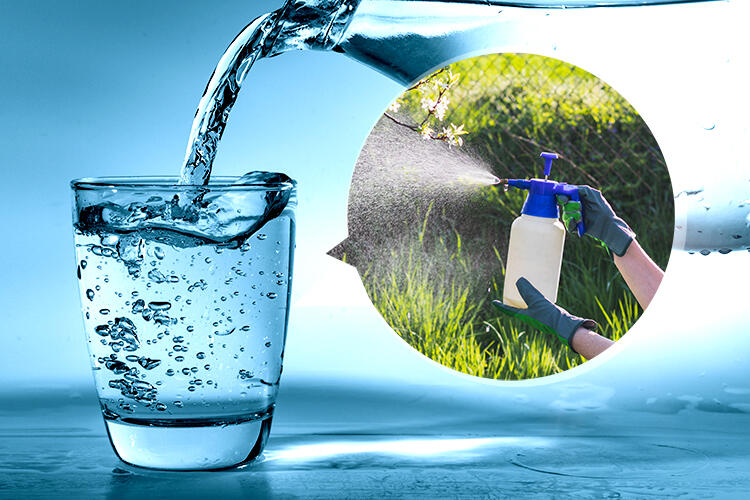