Why did Japan largely contain COVID-19 despite famously jam-packed Tokyo and despite the country's proximity to China? With no penalties and only requests for cooperation, Japan's state of emergency somehow averted the large-scale outbreaks seen elsewhere. At least one viable answer has now emerged.

A new comparative analysis of people's mobility during the virus' first wave illustrates how drastically the Tokyo masses slowed. That slowdown may have throttled the spread of infections.

In a study from The University of Tokyo Institute of Industrial Science, researchers examined location data from more than 200,000 mobile phone users. Using these data, the researchers calculated the human movement in Tokyo before and during the state of emergency. The striking findings were published in Scientific Reports.

"Using anonymized data that represented about 2% of the population, we could compute human movement and contact rates at a 100-meter grid-cell scale," study first author Takahiro Yabe says. "We found that 1 week into the state of emergency, human mobility reduced by 50%, which led to a 70% drop in social contacts."

Japan declared its state of emergency on April 7, followed by a gradual series of requests to close businesses and work from home, along with aggressive travel entry restrictions. However, under Japanese law, a mandatory lockdown could not be implemented or enforced.

The data spanned from January to April. A look at the major hub train stations around central Tokyo, including Shinjuku Station, the world's busiest, finds April 14 in Tokyo had 76%-87% fewer visits compared with pre-crisis January.

The researchers also analyzed how much and how far people in greater Tokyo traveled, with both showing around a 50% reduction. In other words, people moved less and stayed nearer to home. Social contact could also be computed based on people's spatial proximity. That, too, was substantially reduced, nearly to the 80% reduction level the government had targeted. The decline trends generally corresponded with governmental requests for people to do remote work, for school closures, and the actual state of emergency.

Going a step further, the study paired socioeconomic data with the mobility results. This showed those with higher income were more capable of reducing social contact and, consequently, lower the chance of COVID-19 transmission. Finally, the study put the mobility data against the estimated effective reproduction number, a key statistic estimating how many cases one infection can cause. This validated how the reduced contact also was likely to reduce infections.

"With a noncompulsory and nonpharmaceutical intervention, Tokyo had to rely on citizens' cooperation. Our study shows they cooperated by limiting their movement and contact, subsequently limiting infections," study co-author Yoshihide Sekimoto explains. "These findings offer insights that policymakers can apply when estimating necessary movement restrictions."

Amid the complex human and environmental dynamics behind fighting the spread of COVID-19, there is now stronger evidence that staying home and maintaining distance really work.

The article, "Non‑compulsory measures sufficiently reduced human mobility in Tokyo during the COVID‑19 epidemic," was published in Scientific Reports at https://doi.org/10.1038/s41598-020-75033-5 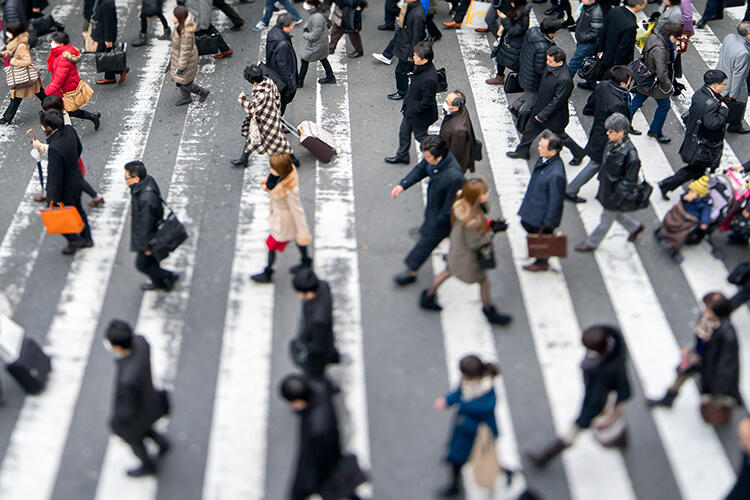