On October 5, 2020, UToyo-IIS signed a new Memorandum of Understanding with the University of Twente's MESA+ Institute, which is a leading nanotechnology research institute in the Netherlands and one of the largest of its kind in the world.

"This MoU aims at making the tie between MESA+ and IIS stronger, particularly in the field of nanoscience and nanotechnologies," says Prof. Kazuhiko Hirakawa, professor of Quantum Semiconductor Electronics at IIS.

According to Prof. Toshiharu Kishi, Director General of IIS, "Nanotechnology is becoming an essential basis for modern electronics, chemistry, biology, and various other fields. Indeed, nanotechnology has become a significant portion of our research activities at IIS. "

IIS and MESA+ have in common an interdisciplinary approach, which brings together researchers across disciplines such as physics, chemistry, bioscience, nanoeletronics and nanophotonics. The MoU is expected to further strengthen the collaboration between the two institutes on nanotechnology research, by creating new ideas through exchange of researchers and students as well as sharing of important infrastructures.

The signing ceremony was conducted online in the presence of His Excellency Mr. Peter van der Vliet, the Ambassador of the Kingdom of the Netherlands in Japan, in a very friendly atmosphere. Professor Albert van den Berg, Scientific Director of MESA+, and Professor Kishi signed the MoU simultaneously and had a virtual handshake while being physically more than 9,000 km apart. It showed that international collaboration is possible even under the limitations due to the COVID-19 pandemic.

As a surprise gift for the occasion, IIS received a heap of tulip bulbs from MESA+. We look forward to seeing them grow and bloom, just like the relationship between the two institutes. 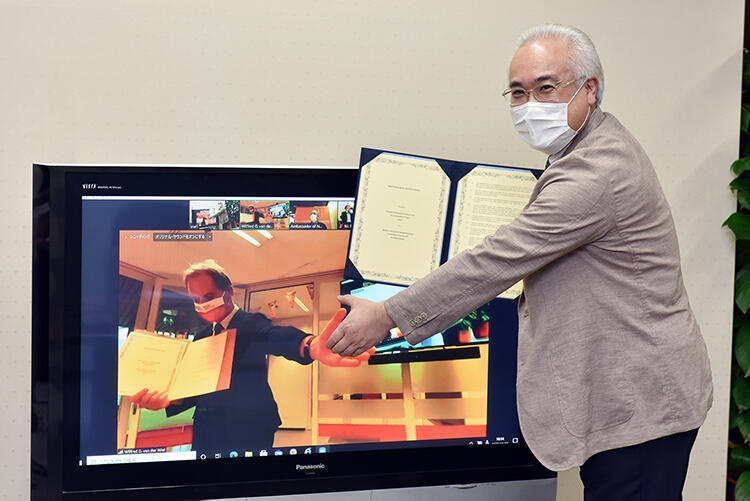 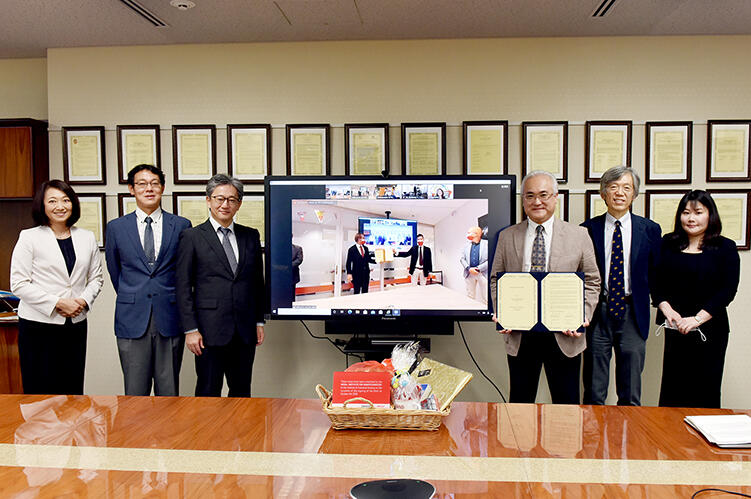 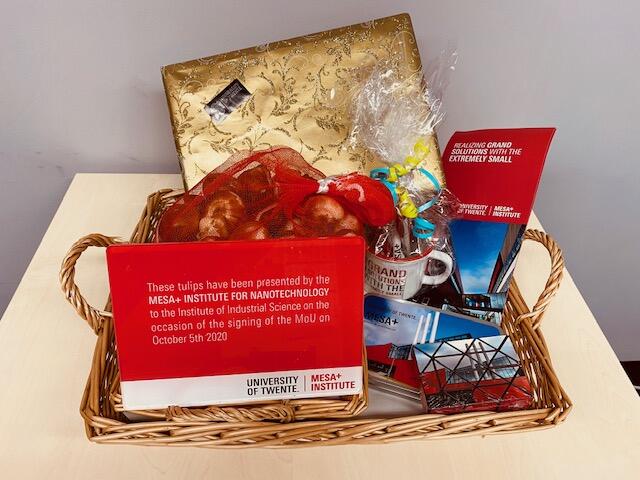