News
News
2020.09.22
Press Release
Having a Ball: Crystallization in a Sphere

Crystallization is the assembly of atoms or molecules into highly ordered solid crystals, which occurs in natural, biological, and artificial systems. However, crystallization in confined spaces, such as the formation of the protein shell of a virus, is poorly understood. Researchers are trying to control the structure of the final crystal formed in a confined space to obtain crystals with desired properties, which requires thorough knowledge of the crystallization process.

A research group at Institute of Industrial Science, The University of Tokyo and Fudan University led by Hajime Tanaka and Peng Tan used a droplet of a colloid--a dispersion of liquid particles in another liquid, like milk--as a model for single atoms or molecules in a sphere. Unlike single atoms or molecules, which are too small to easily observe, the colloid particles were large enough to visualize using a microscope. This allowed the researchers to track the ordering of single particles in real time during crystallization.

"We visualized the organization process of colloid particles in numerous droplets under different conditions to provide a picture of the crystallization process in a sphere," says Tan.

The researchers found that the "soft" (long-range) interactions between the negatively charged colloid particles affected their organization and the resulting crystal structure. These soft interactions are dominated by kinetics, that is, the interactions that form the fastest, rather than those that use the least energy to give the thermodynamically stable structure, illustrating that kinetics plays an important role in crystallization in a confined space. It was already known that thermodynamics contributes strongly to the final structure of crystals. The team's findings confirmed that kinetics are also integral, furthering our knowledge of crystallization in confined spaces.

"This research deepens our understanding of the crystallization process in geometrically constrained systems, leading researchers one step closer to achieving controlled growth of crystals at a very small scale," explains Tanaka.

Detailed knowledge of the crystal formation process in confined systems may enable crystals with designed structures, such as nanoparticles for specific electronics applications, to be obtained, giving researchers greater ability to control the structure and thus the properties of valuable materials. 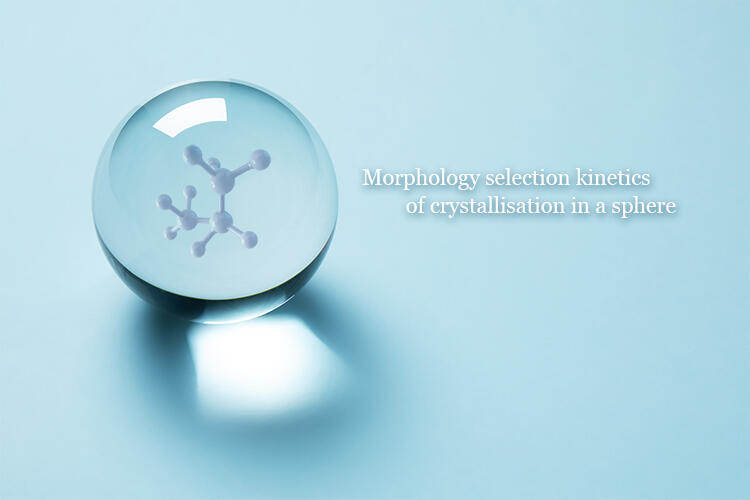