Crystallization is the physical phenomenon of the transformation of disordered molecules in a liquid or gas phase into a highly ordered solid crystal through two stages: nucleation and growth. Crystallization is very important in materials and natural sciences because it occurs in a wide range of materials, including metals, organic compounds, and biological molecules, so it is desirable to comprehensively understand this process.

Colloids consisting of hard spheres suspended in a liquid are often used as a model system to study crystallization. For many years, a large discrepancy of up to ten orders of magnitude has been observed between the computationally simulated and experimentally measured nucleation rates of hard-sphere colloids. This discrepancy has typically been explained by the simulations not taking hydrodynamic interactions--the interactions between solvent molecules--into account. Researchers at The University of Tokyo Institute of Industrial Science, the University of Oxford, and the Sapienza University recently teamed up to further explore this explanation for the discrepancy between actual and calculated nucleation rates.

The collaboration first developed a hard-sphere colloidal model that could reliably simulate the experimental thermodynamic behavior of real hard-sphere systems. Next, they conducted simulations of crystallization of the model system considering and neglecting hydrodynamic interactions to clarify the effect of these interactions on crystallization behavior.

"We initially designed a simulation model that accurately reproduced the real thermodynamics of hard-sphere systems," says study lead author Michio Tateno. "This confirmed the reliability and suitability of the model for use in further simulations."

"We performed calculations using the developed model with and without considering hydrodynamic interactions," explains senior author Hajime Tanaka. "The calculated rates of crystal nucleation were similar in both cases, which led us to conclude that hydrodynamic interactions do not explain the hugely different nucleation rates obtained experimentally and theoretically." 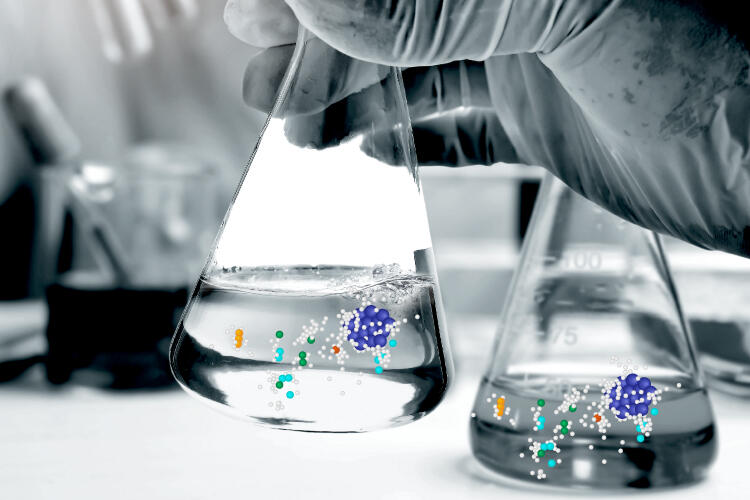