A research team at The University of Tokyo has reproducibly synthesized staircase-like supramolecules of a single handedness, or chirality, using standard laboratory equipment. By gradually removing the solvent from a rotating solution containing non-chiral precursors, they were able to produce helixes that twist preferentially in a particular direction. This research may lead to new and cheaper drug production methods, as well as finally addressing one of the lingering quandaries about how life began.

One of the most striking features of the molecules most important to life--including DNA, proteins, and sugars--is that they have a "handedness," referred to as chirality. That is, all living organisms chose to rely on one molecule, while the non-superimposable mirror image does nothing. This is a little like owning a dog that will only fetch your left-handed gloves, while completely ignoring the right-handed ones. It becomes even more puzzling when you consider that chiral pairs behave identically chemically. This makes it extremely difficult to produce just one kind of chiral molecule when starting with nonchiral precursors.

How and why early life chose one type of handedness over the other is a major question in biology, and is sometimes called "the question of homochirality." One hypothesis is that some early imbalance broke the symmetry between left- and right-handed molecules, and this change was "locked in" over evolutionary time. Now, researchers at The University of Tokyo have demonstrated that, under the right conditions, macroscopic rotation can lead to the formation of supramolecules of a particular chirality.

This was accomplished using a rotary evaporator, a standard piece of equipment in chemistry labs used for concentrating solutions by gently removing the solvent. "It was previously believed that macroscopic rotation could not cause nanoscale molecular chirality, because of the difference in scale, but we have shown that the chirality of the molecules can indeed become fixed in the direction of rotation," says first author Mizuki Kuroha.

According to her theory, some ancient biomolecules caught in a primordial vortex are responsible for the choice of handedness that we are left with today.

"Not only do these results provide insight to the origin of the homochirality of life, they also represent a pioneering look in the combination of nanoscale molecular chemistry and macroscopic fluid dynamics," says senior author Kazuyuki Ishii. This research may also enable new synthesis pathways for chiral drugs that do not require chiral molecules as inputs. 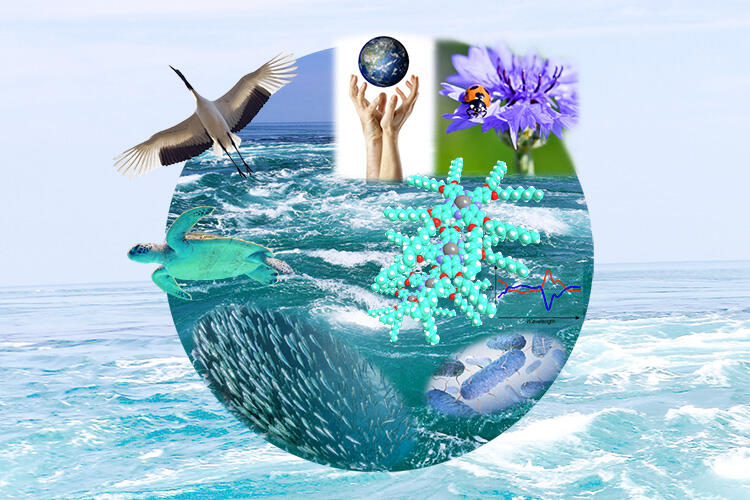