To provide sufficient oxygen to tissues and organs within the body, blood vessels need to sprout new offshoots to form a widespread blood supply network, much like the trunk, branches, and twigs of a tree. However, the mechanisms by which this sprouting occurs, in both normal healthy conditions and in conditions like cancer, have remained unclear.

To shed light on this issue, Prof. Yukiko T. Matsunaga's research group based at The University of Tokyo working in collaboration within the international SMMiL-E project with the team of Dr. Fabrice Soncin at CNRS in Lille, France, used a model of a blood vessel created in the lab to study how a molecule called EGFL7 is involved in blood vessel sprouting and integrity. This new study, reported in the journal Biomaterials, reveals much about the formation of new blood vessels, a process known as angiogenesis, and suggests EGFL7 as a good target for treating diseases in which this process plays a key role.

Such research on angiogenesis is important in a clinical context. For example, when solid tumors form, they need to promote angiogenesis to obtain an adequate blood supply in order to keep growing. Reduced integrity of blood vessels is also an issue in various diseases, such as diabetic retinopathy, in which vessels in the retina are excessively leaky and their network structure gradually deteriorates. This background prompted the teams to use their model, called a microvessel-on-a-chip, to understand angiogenesis better.

"We obtained more insight into how blood vessels form by building our own in the lab from scratch, first forming a collagen mold containing a needle that was then removed, leaving a space that was then colonized by human umbilical vein endothelial cells," corresponding author Yukiko T. Matsunaga says. "We next examined the effects of EGFL7 by comparing two models of this type, one in which this molecule was allowed to function normally in these cells and another in which it was knocked down by siRNA."

The teams showed that an absence of EGFL7 reduced the sprouting of new blood vessels in the microvessel-on-a-chip in a manner dependent on the molecule VEGF-A. It also led to excessive production of filopodia, which are long slender structures at which new blood vessels normally emerge. Additionally, they showed that the barrier normally formed by the endothelial cells was impaired, resulting in leakage from the vessels.

"These new findings about the importance of EGFL7 could lead to effective therapies for diseases like retinopathy and cancer," lead author Ryo Usuba says. "Our work also shows the advantages of using the microvessel-on-a-chip, both for basic research on the vasculature and in pursuit of other targets of treatment for various vascular disorders." 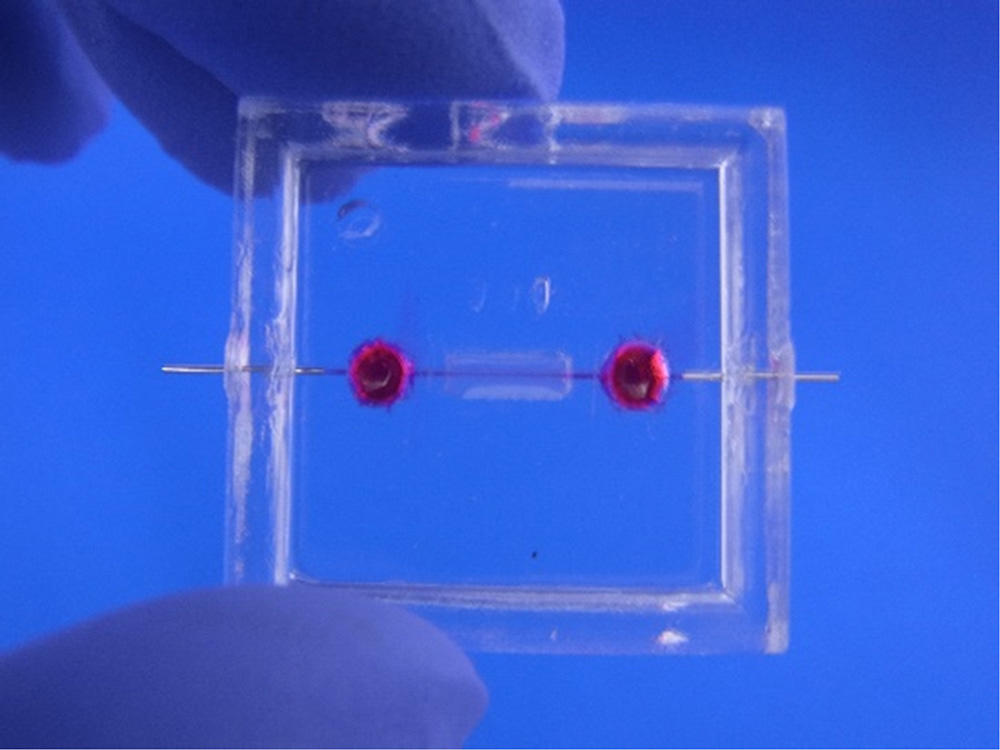