Water is strange in many ways. Some of its chemical quirks are familiar, such as expanding when it freezes to ice. A lesser-known curiosity, which it shares with just a few other liquids, is the "fragile-to-strong" transition. Explaining this behavior, which relates to how cold water flows, has long been a source of debate. Now, a convincing explanation has been put forward by researchers in Tokyo.

When liquids cool, their dynamics slow down and they become viscous. For most liquids, the rate of slowing is constant as a function of temperatureand these are known as strong liquids. For "fragile" liquids, however, the rate continually increases as the temperature drops. Water is unusual in this regard--it is fragile at room temperature, but strong at low temperatures, where its rate of increasing viscosity hits a peak.

This fragile-to-strong transition is rather elusive, occurring only in the supercooled regime, below water's usual freezing point. Early models tried to link it to glassy dynamics, as supercooled water is known to be a glass-former. However, a team led by The University of Tokyo's Institute of Industrial Science (IIS) proposes a two-state theory, in effect modeling water as a mix of two co-existing liquids.

Mathematically, the strong/fragile distinction rests on the Arrhenius law for dynamical processes--strong liquids obey this law, but for fragile ones, the rapid increase of viscosity is "super-Arrhenius". As reported in the journal PNAS, the IIS team amended this view by considering water to consist of two states, termed "fast" and "slow", which are structurally different, but both obey Arrhenius dynamics.

"We simulated water by molecular dynamics and looked for structural patterns," explains study co-author Rui Shi. "H2O molecules always assemble into tetrahedra, but we saw that some of these local structures were highly ordered, others less so." The disordered states correspond to fast water, and dominate at high temperature, while the well-ordered slow state takes over as the sample cools.

Crucially, the equations derived from the two-state model successfully predict the fragile-to-strong crossover. This happens well above the glass transition point - glassy behavior seems to be a red herring as far as this issue is concerned. The fact that fast water has Arrhenius, rather than power-law, dynamics also resolves faulty predictions based on earlier attempts to link water's fragility to certain aspects of its phase diagram.

"Fragile water may be an illusion. The apparent transition is an artefact of the temperature-dependent balance of two strong liquid states," says lead author Hajime Tanaka. "The presence of two states reflects water's tendency to form local structures, which is easier at low temperature. In fact, other liquids with a fragile-to-strong transition, like silica, also show local ordering. We propose that this, rather than any glassy behavior, is what distinguishes them from true fragile liquids. 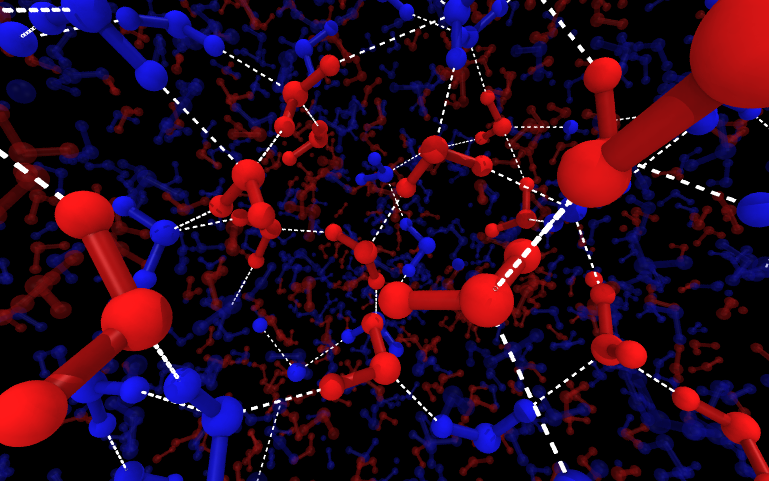