Everyone knows that water freezes at 0°C. Life on earth would be vastly different if this were not so. However, many are less familiar with water's cousin, silica, whose wayward behavior when cooled has long puzzled scientists.

Unlike water, silica (SiO2) does not freeze easily. When liquid silica cools, its atoms fail to arrange into an ordered crystal. Instead, as temperature decreases, the liquid state survives even far below the nominal freezing temperature; this phenomenon is termed supercooling. Eventually, the atoms are simply locked into place wherever they are, preserving the structural disorder of the liquid. The resulting frozen state of matter - mechanically solid, but microscopically liquid-like - is a glass.

Silica's preference for glass-formation has major consequences, since it is among the most abundant compounds on our planet, along with water. In some ways, the two liquids are alike - they have similar coordination geometries with tetrahedral symmetry, and both display an unusual tendency to become less dense below a certain temperature on cooling, but more fluid upon pressurizing. They even show analogous crystal structures, when silica can be coaxed into freezing.

Recently, researchers at The University of Tokyo's Institute of Industrial Science uncovered vital clues as to why water and silica diverge so starkly when they become cold. In a study published in PNAS, their simulations revealed the influence of the local symmetric arrangement of atoms in the liquid state on crystallization. It turns out that the atoms arrange properly in water while not in silica.

When liquids cool, order emerges from randomness, as the atoms assemble into patterns. From the viewpoint of any individual atom, a series of concentric shells appear as its neighbors gather round. In both water and silica, the first shell (around each O or Si atom, respectively) is tetrahedral in shape - a case of "orientational ordering, or, symmetry breaking." The key difference comes from the second shell structure. For water, it is still arranged properly with orientational order, but for silica, the second shell is randomly smeared around with little orientational order.

The researchers explain this difference by comparing the bonding in the two substances. Water consists of individual H2O molecules, held together by strong covalent bonds but interacting via weaker hydrogen bonds. The stable molecular structure of water restricts the freedom of atoms, resulting in high orientational order in water. Silica, however, has no molecular form, and atoms are resultantly bonded in a less directional way, leading to poor orientational order.

"We showed that the macroscopic differences between water and silica originate in the microscopic world of bonding," corresponding author Hajime Tanaka says. "We hope to extend this principle to other substances, such as liquid carbon and silicon, that are structurally similar to water and silica. The ultimate goal is to develop a general theory of how glass-formers differ from crystal-formers, which is something that has eluded scientists thus far."

The article, "Impact of local symmetry breaking on the physical properties of tetrahedral liquids," was published in Proceedings of the National Academy of Sciences at DOI:10.1073/pnas.1717233115. 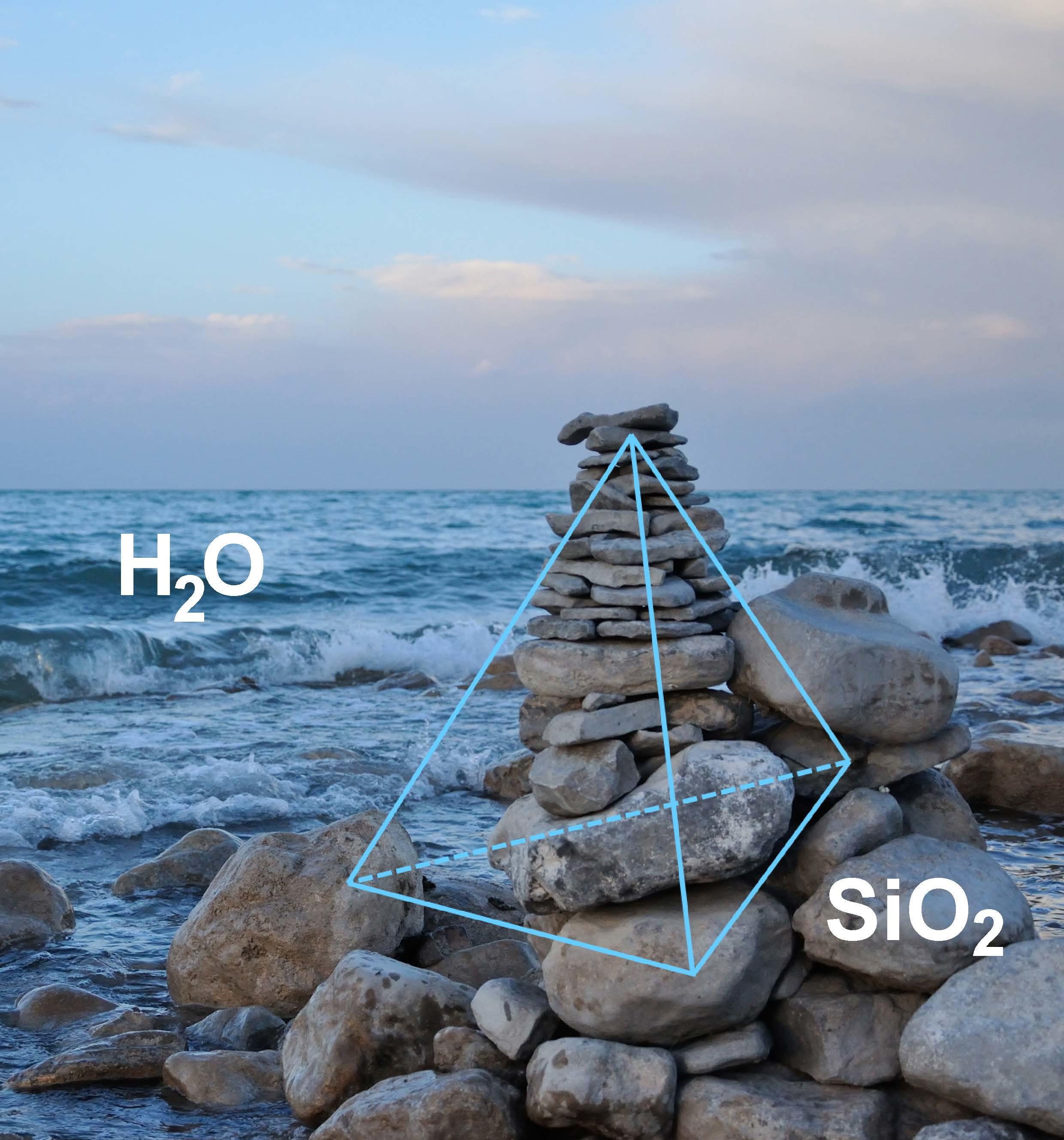