Tokyo - Gases have been used throughout industry. Natural gas, for example, is "cracked" in refineries to make products like acetylene. The efficiency of gaseous reactions depends on the dynamics of the molecules - their rotation, vibration, and translation (directional movement). These motions provide the kinetic energy to drive reactions. By understanding gas dynamics, we can design more efficient (and environmentally friendly) industrial systems.

Gas molecules can be studied using transmission electron microscopy (TEM). Unlike optical microscopy, TEM uses a beam of electrons instead of light, and has a much higher resolution, capable of visualizing single atoms. A recent study published in Scientific Reports, reports the work of a team at The University of Tokyo's Institute of Industrial Science (IIS) collaborating with Hitachi High-Technologies Corp. The researchers used an advanced version of TEM to study the dynamics of simple gases at high temperature.

"In TEM, the energetic electron beam can be used to perform another experiment at the same time, known as energy-loss near-edge structure [ELNES]," study first author Hirotaka Katsukura explains. "The electrons in the beam give up part of their kinetic energy as they pass through the sample. Measuring this energy loss reveals which elements are present and how they are bonded to each other."

In theory, ELNES can also measure the dynamics of gas molecules, not just their chemical bonding. However, researchers had never extracted dynamic information from ELNES before. The IIS team chose four gases - oxygen, methane, nitrogen, and carbon monoxide - whose bonding is well understood, and performed ELNES at room temperature and 1,000°C. Crucially, they also performed computer simulations of these gases, using molecular dynamics code, to theoretically predict the effects of high temperature.

Generally, when molecules are heated up, they vibrate faster and the bonds between their atoms become longer. In the IIS experiments, two gases - oxygen and methane - did indeed show dynamical changes at high temperature, with significantly faster vibration. However, nitrogen and carbon monoxide did not seem to vibrate any differently at 1000°C, despite their extra kinetic energy. Moreover, the simulated high-temperature vibration of methane matched the experiments very closely, but the vibration of hot oxygen was overestimated.

"Gas molecules in a heater can gain kinetic energy in three ways," corresponding author Teruyasu Mizoguchi says. "Namely, by bouncing into each other, by directly touching the heating element, or by indirectly absorbing heat through infrared rays. This last one is only possible for gases with polar chemical bonds, where one element pulls electrons away from the other. That applies to methane (CH4), but not oxygen, a pure element. Therefore, oxygen heated up slower than the simulations predicted."

Meanwhile, the failure of nitrogen and carbon monoxide to undergo vibrational excitation was also a result of their bonds - however, in this case, they were simply too rigid to vibrate much faster. These findings underscore the importance of taking chemical bonding into account, even for apparently simple processes like the vibration of a two-atom molecule.

Nonetheless, the team believes that rapid developments in ELNES will soon make the method sensitive enough to detect vibrational changes even in rigid molecules. This will open the way toward an improved understanding of gas reactions at the atomic level. 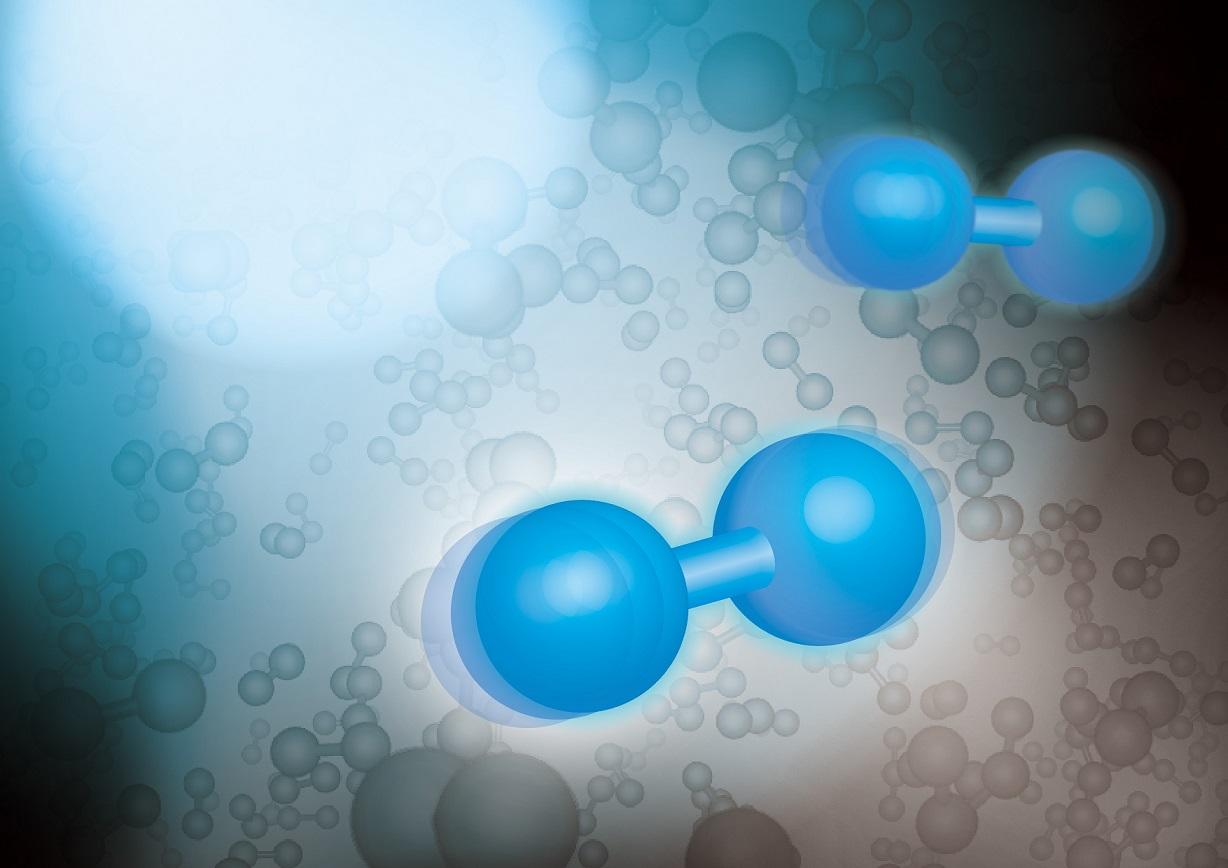