UTokyo-IIS held a seminar titled "Delivering the Vision -- Closing the gap between academic research and society" on June 13, 2022, at the university's New York Office to belatedly showcase the facility that underwent major renovations in 2020. The seminar focused on the institute's research activities at the boundary between life science and engineering. It demonstrated IIS efforts to facilitate further research and spark innovation through interdisciplinary dialogue and collaboration among researchers, engineers, designers and those outside the university who are willing to support such research. Participants in this thought-provoking event were Professor Miles Pennington (design-led innovation); Associate Professor Yoshiho Ikeuchi (biomolecular and cellular engineering); and Associate Professor Yoshiyuki Kawazoe (design of architecture), all from IIS. UTokyo President and former IIS Director General Teruo Fujii joined the session online from Japan as a keynote speaker.

"It has been really amazing," Ikeuchi said at the seminar, referring to DLX Design Lab, which was established in 2017 with the aim of fusing design and science to deliver research outputs to the industrial sector and society at large. DLX Design Lab, Ikeuchi said, helped him envision how his scientific research could help society in the future with "intellectual stimulation, excitement and imagination."

His laboratory is trying to understand how brains form and function by making neuronal circuits outside the body with the help of a micro device developed jointly with UTokyo President Teruo Fujii when he was IIS director general. Neural circuits are made in the device by connecting brain-like tissues generated from human iPS (induced pluripotent stem) cells to mimic how neurons -- a building block of the brain -- function.

During the joint project between Ikeuchi lab and DLX Design Lab, they envisioned a health monitoring device "Aura" which can monitor a person's biochemical signals and detect health issues using computational power of the neural circuits grown outside of our body. "Of course, it is a future product concept...but it gives us ways to think about what is needed to make it," Ikeuchi said. "That's really an exciting part of the interaction with DLX Design Lab." 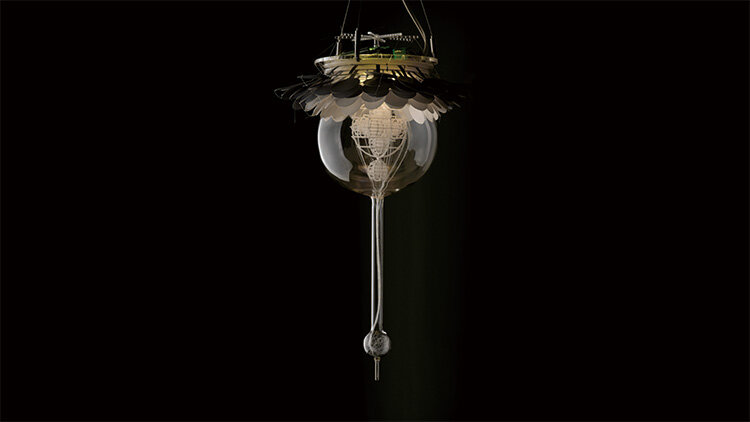 Professor Miles Pennington, who oversees DLX Design Lab, said the lab had handled about 20 projects, including Aura. "Our mission is to try and create value through design," he told the seminar, adding that the value comes in three different ways and can be obtained only through partnership between designers and researchers.

"There is a value in helping researchers to create product and service ideas that could be commercialized; there is a value in simply bringing the general public closer to the work of the university, either through kind of citizen science-type projects, or by disseminating knowledge from research to the general public more clearly," he said. "The third we call visionary, which is about working with the researchers to try and help them see the future of their research clearly, by prototyping and visualizing ideas that come from their research."

IIS has more than 120 labs and more than 1,000 researchers from Japan and elsewhere, working on almost all engineering disciplines from the quantum level to the space domain. IIS is a prime institute to conduct what Pennington called "treasure-hunting," or searching for "hidden gem" research to develop into ideas for commercialization.

Associate Professor Yoshiyuki Kawazoe introduced interesting research on empirical architecture, or the marriage between architecture and life science. "We are spending more than 90 percent of a day indoors...so this kind of physical environment has a very big impact on our body and mental situation," Kawazoe said, explaining why he launched the project.

Kawazoe analyzed how brain electrical signals react when people see architectural elements, with various texture, colors and sizes. For example, he found greenery relaxes people by prompting their brains to emit theta waves -- signs of relaxation that can spark creativity.

"We would like to add these physiological aspects of design, which we can call human-centered design," Kawazoe said. "So not only the engineering, but also life science will change the process of design."

In his keynote speech, Fujii emphasized the importance of finding practical ways to close the gap between academic research and society through dialogue and referred to one of DLX Design Lab's projects, the Ocean Monitoring Network Initiative (OMNI), as an example. This project employs a flexible-use, low-cost and easily deployable ocean sensor system to gather detailed and diverse data from the sea. 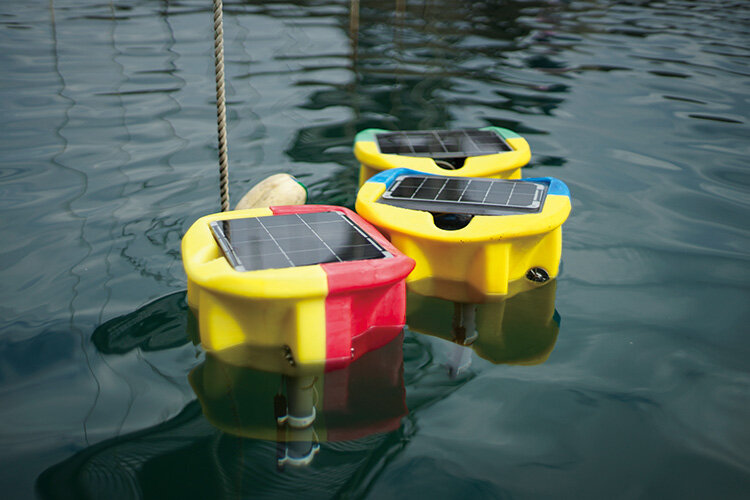 Fujii said anybody in the world can participate in the project. "We hold a kind of workshop to think about how to use this device which can be assembled easily and used by high school or university students or somebody who enjoys ocean sports," he said. OMNI's technology solutions and data can be shared with any member of society.

Fujii also discussed the university's roles in green transformation to safeguard the global commons, such as oceans, the atmosphere, forests and land. For example, the university's Center for Global Commons in May 2022 unveiled the latest report of the Global Commons Stewardship Index which measures each country's contribution to saving the global commons, together with the U.N. Sustainable Development Solutions Network and Yale University. This index aims to promote behavioral change in society to save Earth from an environmental calamity. Fujii also mentioned UTokyo's input to the Intergovernmental Panel on Climate Change's Sixth Assessment Report, through global atmospheric simulations using Japan's supercomputer Fugaku.

These endeavors all resonate with UTokyo Compass, the university's guiding principles that Fujii introduced in autumn 2021. During the seminar, Fujii stressed the importance of "dialogue," "diversity and inclusion" and becoming "a university that anybody would want to join."

During an open discussion that followed the presentations, the participants talked about how IIS is "an inspiring, catalytic place," as Pennington put it. They also spoke about the "Shelf of Wisdom," a unique shelf at the New York Office that was designed by Kawazoe, who led the renovation work, and decorated with pieces of used timber from across Japan. The discussion was moderated by Alicia Tam Wei, a design strategist who teaches at Parsons School of Design and Rhode Island School of Design. 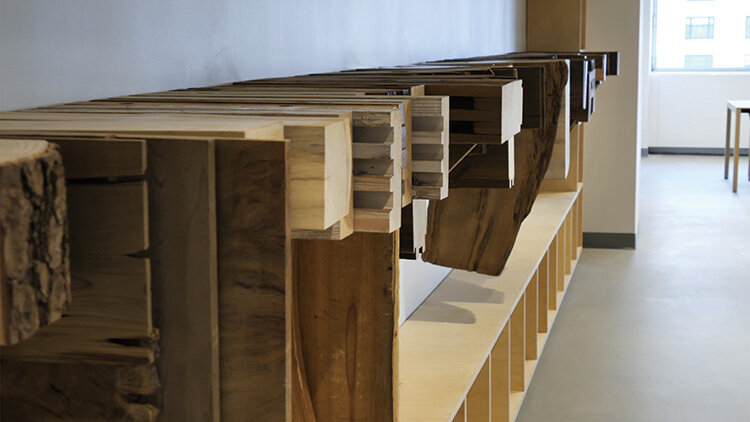 The seminar, which had been postponed several times due to the COVID-19 pandemic, was attended by students and businesspeople in the office as well as online viewers. UTokyo's New York Office was established in 2015 to facilitate research, academic and social collaboration activities in the United States. It was renovated in 2020 to create an open space for seminars, workshops and events as a communication hub to bolster the university's presence in North America.