Researchers at the Institute of Industrial Science, The University of Tokyo (UTokyo-IIS) used artificial intelligence to rapidly infer the excited state of electrons in materials. This work can help material scientists study the structures and properties of unknown samples and assist with the design of new materials.

Ask any chemist, and they will tell you that the structures and properties of materials are primarily determined by the electrons orbiting around the molecules that make it up. To be specific, the outermost electrons, which are most accessible for participating in bonding and chemical reactions, are the most critical. These electrons can rest in their lowest energy "ground state," or be temporarily kicked into a higher orbit called an excited state. Having the ability to predict excited states from ground states would go a long way to helping researchers understand the structures and properties of material samples, and even design new ones.

Now, scientists at UTokyo-IIS have developed a machine learning algorithm to do just that. Using the power of artificial neural networks--which have already proven themselves useful for deciding if your latest credit card transaction was fraudulent or which movie to recommend streaming--the team showed how an artificial intelligence can be trained to infer the excited state spectrum by knowing the ground states of the material.

"Excited states usually have atomic or electronic configurations that are different from their corresponding ground states," says first author Shin Kiyohara. To perform the training, the scientists used data from core-electron absorption spectroscopy. In this method, a high energy X-ray or electron is used to knock out a core electron orbiting close to the atomic nucleus. Then, the core electron excites to unoccupied orbitals, absorbing the energy of the high energy X-ray/electron. Measuring this energy absorption reveals information about the atomic structures, chemical bonding, and properties of materials.

The artificial neural network took as input the ground state partial density of states, which can be easily computed, and was trained to predict the corresponding excited state spectra. One of the main benefits of using neural networks, as opposed to conventional computational methods, is the ability to apply the results from training set to completely new situations.

"The patterns we discovered for one material showed excellent transferability to others," says senior author Teruyasu Mizoguchi. "This research in excited states can help scientists better understand chemical reactivity and material function in new or existing compounds."

The work is published in npj Computational Materials as "Learning excited states from ground states by using an artificial neural network" (DOI:10.1038/s41524-020-0336-3) 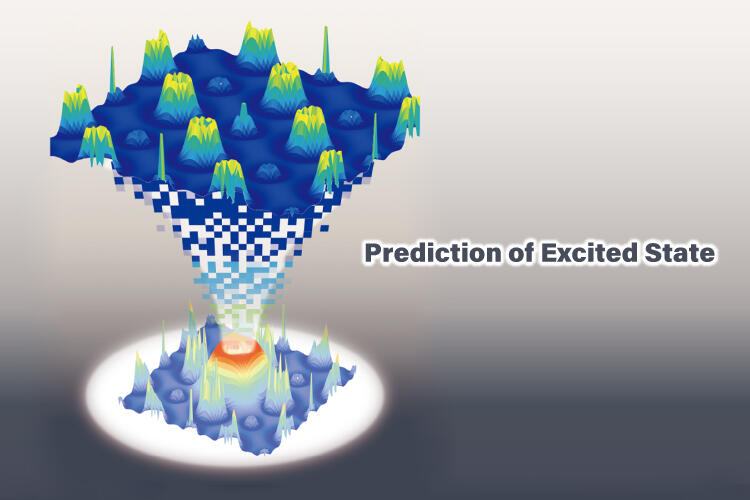