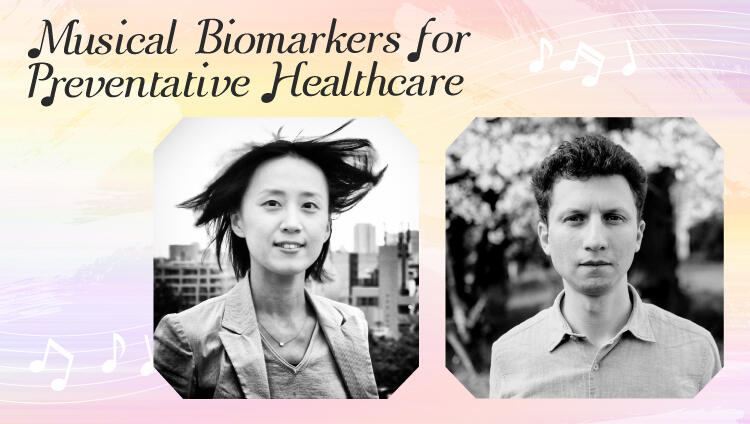 "I have been working on vascular tissue engineering more than 10 years, and recently am strongly interested in working on preventing diseases, referred to as 'mibyo' in Japanese," explains Yukiko Matsunaga. My project on visualizing capillaries under fingernails for healthcare is a fascinating area of research with great potential for monitoring human health and thereby reducing the burden on national resources."

Optical examination of the region under the fingernails where the skin stops and nail starts, reveals so-called nailfold capillaries (NFCs). These capillaries form networks of loops of tiny blood vessels that are oriented parallel to the skin, with diameters so small that red blood cells can only pass through them one cell at a time. Notably, one side of the loop brings blood from the heart and the other half takes it back--a major U-turn for blood flow.

"From my previous research I knew that blood vessels can easily degenerate due to aging and unhealthy lifestyles, such as lack of exercise or excessive consumption of alcohol," explains Matsunaga. "So, after realizing that the technology to visualize nailfold capillaries is mature and readily available, I decided to look into the possibility of using images of capillaries for healthcare. In particular, as biomarkers for routinely monitoring an individual's health."

Matsunaga group analyzed images of NFCs taken of people that included 250 visitors to UTokyo Komaba Research Campus Open House 2019. "The results showed a direct correlation between the structure of NFCs and the state of physical condition of individuals. Specifically, healthy people had well-ordered NFCs that were long, straight, and hairpin-like. In contrast, the NFCs of people living unhealthy lifestyles were twisted, irregularly large diameter, and low density", Tadaaki Nakajima, Project Research Associate in Matusnaga group, said. 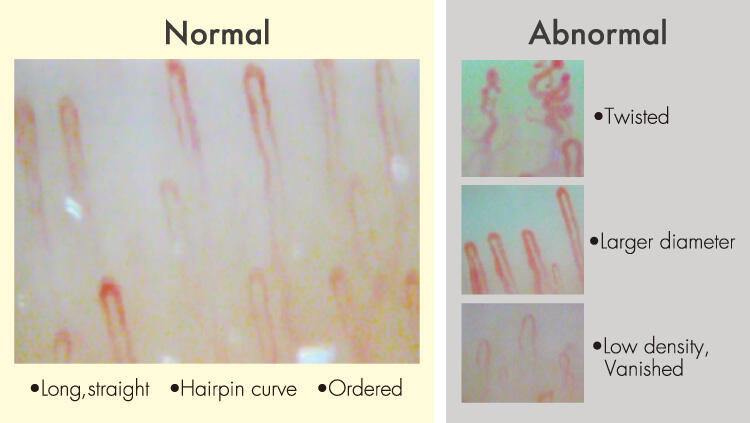 Treasure hunters and the birth of 'Attune'

The scientific observations were indeed convincing, but concrete ideas for using this information for practical healthcare biomarkers proved elusive.

"One of my roles is to scan the horizon at UTokyo-IIS in search of 'treasure projects' where my expertise in design could lead to fruitful collaborative research," says Yuri Klebanov, a research associate at the UTokyo-IIS Design-Led X Platform. "I realized that one such possibility was the research on NFCs being conducted by Associate Professor Yukiko Matsunaga. After a few meetings, we decided to collaborate to develop prototype systems for NFC based biomarkers. I had found my treasure!"

"Yuri and his colleagues at the Bezalel Academy of Arts and Design, Jerusalem, found me in their treasure hunt," explains Matsunaga. "I asked the design groups to solve some issues in my research including how to find and encourage more people to participant in the project, and how to get more data."

As a first step, in February 2019 Klebanov arranged a 'design thinking' meeting with his colleagues at Bezalel. "The three days in Jerusalem were extremely productive," says Matsunaga. "The visit led to the birth of 'Attune'--a unique biomarker-based system that converts NFC images into customized musical melodies. I was not only impressed by the speed of the Bezalel team, but also by their way of thinking and formulating ideas. Interacting with Yuri and his designer colleagues energized this research. Now, with a view to further expand our activities, I want to connect with city planners, and healthcare workers, and am looking for collaborators. Importantly, working with my designer colleagues led to the birth of a new field of research and new ways of thinking."

The Attune system creates unique music that based on the pattern of an individual's NFC images. "Sound is direct, intuitive, and evocative," explains Matsunaga. "This was really an exciting development. The next task is to acquire much more information. So we need many more volunteers"

An opportunity to test the Attune system arose during the Komaba Research Campus Open House 2019 May 31 to June 1. Matsunaga and Klebanov set up a website to spread the word about Attune and called out for volunteers to test it. "We had long queues of volunteers and tested around 350 people during the Open House," says Klebanov. "This was our capacity. We generated unique musical tunes for each of the volunteers which can be considered as being melodic-tags of their state of health at a specific time."

Notably, the potential of Attune was underscored by UTokyo-IIS and the Bezalel Academy of Arts and Design, Jerusalem signing a memorandum of understanding (MOU) to collaborate on the development of Attune technology. In commemoration of the new partnership, the teams held a reception at the Embassy of Israel, Tokyo, hosted by Ambassador Ben-Ari.

"The next step is to gather more data and explore the development of a musical interface as a reflection of individual health," says Matsunaga. 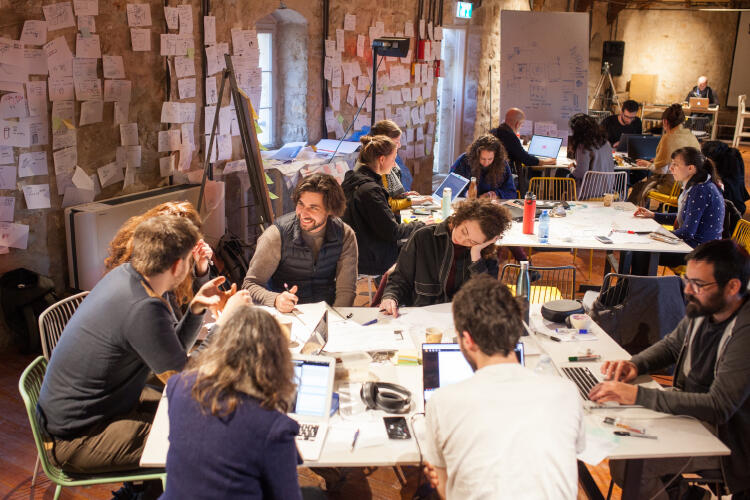 Rising health costs and the rapidly aging society in Japan will lead to a huge burden on the young and their families, so innovative approaches are required for maintaining the quality of healthcare. A high priority is tackling diseases that result from lifestyle disorders such as metabolic syndrome and stress from work environments.

With this background, in May 2019 Matsunaga and her colleague Yoshiyuki Kawazoe, an architect and associate professor at UTokyo-IIS, set up the "Health Design Study Group" with the aim of integrating different fields of healthcare science with community development.

Social implementation initiatives to-date include the "Health Design for Capillary Blood Vessels" held for two weeks in collaboration with Mitsubishi Estate and nine other companies interested in healthcare, at the Marunouchi House in the Shin Marunouchi Building, Tokyo.

"We want people from the health sector to talk with those who are responsible for town and city planning," says Matsunaga. "This study group is a platform for people from healthcare science and town development to meet regularly to devise ways of maintaining a healthy society. The reaction so far has been very positive. I am confident that we will succeed in achieving our goals."